Hive Curates is seeking applications from artists with a connection to Walthamstow to design two large scale murals for the interior courtyard and exterior wall of Gort Scott & Pocket Living’s affordable home project at Forest Road.

The design team have opened the creation of these murals to the public with the intention of cultivating designs which celebrate the creativity and innovation central to Walthamstow’s culture. Dynamic compositions which act as a mirror to the heritage and stories of the area and positively connect local communities are anticipated.

Hive Curates is a North London based art organisation which provides workspace for artists and specialises in arts and placemaking.

Click here to find out more about the open call and to submit your work.

How does housing fit on the high street? At the end of 2022, Gort Scott facilitated a Property X-Change Forum to explore this topic with…→

How does housing fit on the high street?

At the end of 2022, Gort Scott facilitated a Property X-Change Forum to explore this topic with a range of experts and stakeholders.

Here’s what we learned.

Gort Scott is proud to be supporting Open City Accelerate in 2023. In its ten year history Accelerate has established a programme which supports 16-18…→

Gort Scott is proud to be supporting Open City Accelerate in 2023. In its ten year history Accelerate has established a programme which supports 16-18 year olds interested in architecture with a series of workshops, in-depth university application guidance, and mentoring from an established London-based architecture practice.

This year, Gort Scott will be taking on two Accelerate students for three days of in-practice mentoring. Emily Temperton, Fraser Leach-Smith, and Kleovoulos Aristarchou have volunteered their time to the programme and have teamed up to devise an in depth structure for the placement which aims to help students feel ready for their Part 1 studies.

Gort Scott’s proposals for 331 affordable new homes and ten townhouses at Silvertown have been submitted to Newham Council for planning approval. With Silvertown,…→

Gort Scott’s proposals for 331 affordable new homes and ten townhouses at Silvertown have been submitted to Newham Council for planning approval.

With Silvertown, Gort Scott has exercised its valuable high street and town centre research in the development of two urban blocks which provide affordable homes above a carefully considered and resilient street level which aims to build community and provide social infrastructure by offering a high street setting which integrates existing and new neighbourhoods.

We are pleased to have been able to work so closely with Lendlease throughout this significant project which will bring new life and purpose to Silvertown’s historic industrial location in Newham.

We have developed our proposals with Prior + Partners, the masterplanners for the Silvertown development, alongside several other leading architecture practices working on plots across the site.

Gort Scott was recently shortlisted by Argent alongside three other practices for a substantial scientific building and laboratory project in St Pancras with a focus on thoughtful placemaking and multi-use.

As part of the selection process for this significant project, competing architecture practices were invited to take part in a charette to share ideas and open the floor to discussion. This was followed by a design competition process.

“The design competition focused on connecting with new talent who understand and promote carbon net zero design, inclusivity and wellbeing. It was a hugely positive process and we have established a wealth of new relationships with new firms.” - Robert Evans, Managing Partner, Argent LLP and Chief Executive of the Kings Cross Estate

The Gort Scott team looks forward to continuing to build ties with Argent on future projects.

Gort Scott Announced as Winners in the Civic Trust Awards 2023

The awards celebrate schemes which display design quality and are sustainable, accessible and offer a positive civic contribution.

A ceremony will be held in London on 31st March 2023 where special commendations and awards amongst the 50 winning projects will be revealed.

Congratulations to Hawkins\Brown for their completion of WF Town Hall, Beard Construction Group, LLC for their work on St Hilda’s and to our collaborators at Feilden Clegg Bradley Studios and Alison Brooks Architects for this celebration of our work on Unity Place.
9 January 2023

Construction has started on site for our second project for Pocket Living, Forest Road. The development will provide 90 affordable homes, sitting on a prominent…→

Construction has started on site for our second project for Pocket Living, Forest Road.

The development will provide 90 affordable homes, sitting on a prominent triangular site opposite Lloyd Park and the William Morris Gallery. As with our previous Pocket Living project, Gainsford Road, we were tasked with achieving high density within a low-rise context. We worked closely with the council and local community through consultation to achieve a design which addresses the heritage value and town centre setting of the site.

We are proud to work with Pocket Living who champion affordable housing for first time buyers in London. They work closely with local councils to produce high-quality dwellings which remain frozen at 20% below the market rate and are available exclusively for people who already live or work locally in relation to each project.

Architectural Assistant Kleovoulos Aristarchou features in the 2022 issue of Urbanogram with his essay Rathbone Market as Intangible Heritage which discusses how considering markets as ‘Intangible Heritage’ within Planning Applications can protect the vital role markets play in our city and community infrastructure.

Gort Scott have been working with the GLA and Market sector over the past year to deliver Tomorrow’s Market 2.0, a research and advisory programme that addresses the key challenges faced by markets in London. This is drawn together into a ‘How-to’ Market Strategy best practice guidance due to be launched this spring.

Gort Scott are working for Stanhope and Thomas White Oxford and collaborating with Fletcher Priest Architects, Wilkinson Eyre and Gustafson Porter + Bowman to…→

The in-person public consultation was well attended and an online survey helped collect feedback and comments from the community.

Gort Scott are pleased to have become a member of the UK Green Building Council (UKGBC), a membership organisation which aims ‘to radically improve the…→

Gort Scott are pleased to have become a member of the UK Green Building Council (UKGBC), a membership organisation which aims ‘to radically improve the sustainability of the built environment’.

“Gort Scott joined UKGBC as part of our support for faster industry change. We are committed to training, research, collaboration and knowledge sharing to maximise our impact”. 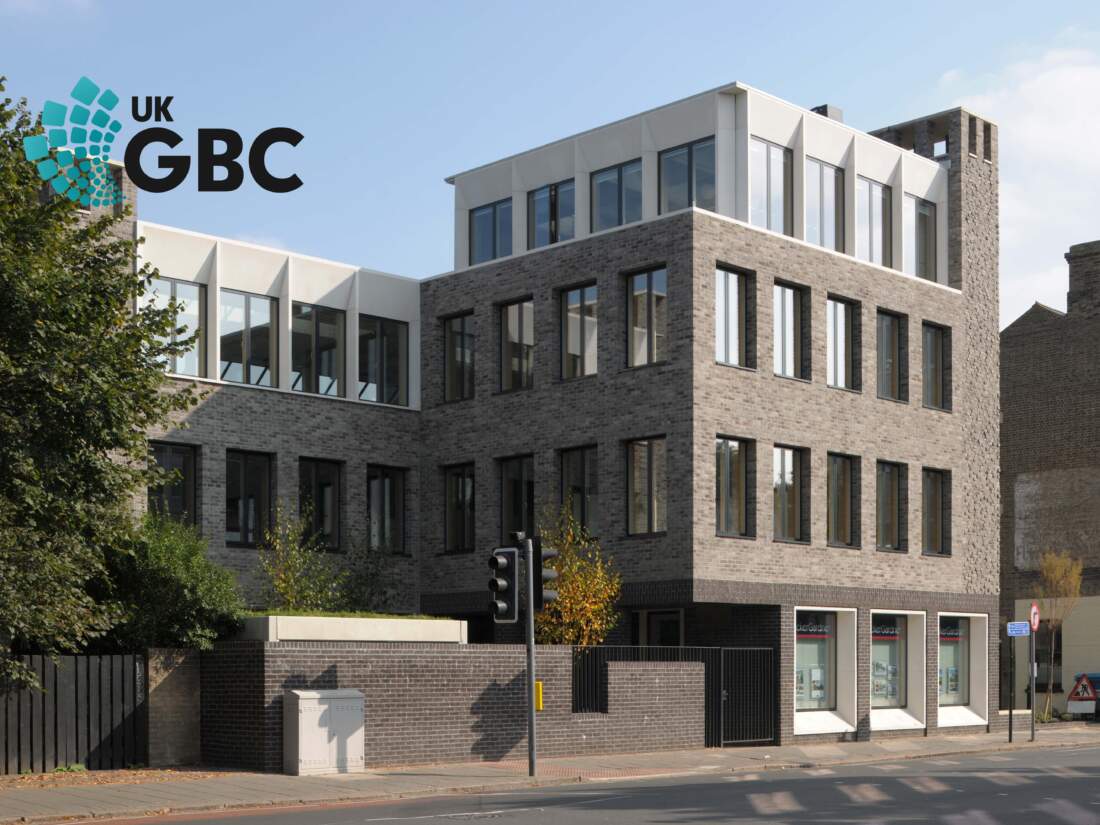 St Hilda’s College, Oxford has been shortlisted as a regional finalist in the Civic Trust Awards 2023.

The Civic Trust Awards scheme has been recognising outstanding architecture, planning and design in the built environment since 1959.

The awards are particularly interested in projects that exhibit strong sustainability credentials, a high level of accessible and universal design, and also provide a positive civic contribution.

The transformative St Hilda’s development has given the Oxford college a dynamic and recognisable street presence and has bridged the north and south sides of the college for the first time.

We are honoured that St Hilda’s has been chosen as one of 127 regional finalists that will now be reviewed by the Civic Trust Awards and AABC National Judging Panels.

Winners to be announced on Monday 9th January.

Last week we were able to celebrate the completion of Gateway West which takes its place amongst the new White City Place business campus in West London.

As part of the Property X-Change programme of events, on Wed 7th Dec Gort Scott are hosting a breakfast forum at their self-built Bermondsey office…→

As part of the Property X-Change programme of events, on Wed 7th Dec Gort Scott are hosting a breakfast forum at their self-built Bermondsey office exploring the question ‘Does housing benefit the high street ecosystem?’.

As many new developments in town centres become residentially led, we want to bring together a variety of experts to discuss the challenges and opportunities of delivering housing on the high street.

Led by Fiona Scott, co-founder of Gort Scott and Mayor’s Advisory Board member for High Streets, and joined by Neil Murphy from TOWN, Esther Everett from the LLDC and Julian Lewis from East, we will discuss:

Join the discussion! We welcome those interested in delivering high street and town centre housing to join in sharing knowledge and thoughts on what design and commercial innovations might be required to better knit housing into the wider town centre ecosystem, while safeguarding the quality of living for all old, new, and future high street residents.

Join via the Property X-change website https://propertyxchange.london/discover/housing-the-high-street/ or send an expression of interest to our team.

Living on the Edge

Gort Scott’s bespoke home project The Rock has been featured in art and design historian Agata Toromanoff’s Living on the Edge. In this book Toromanoff…→

Gort Scott’s bespoke home project The Rock has been featured in art and design historian Agata Toromanoff’s Living on the Edge. In this book Toromanoff compiles cliff-edge buildings from around the world and takes a closer look at the architectural thought behind them.

The Rock is a family home perched upon a distinctive rocky outcrop in Whistler, Canada. Considering how to approach this challenging topography, we recalled a passage from the American architect Frank Lloyd Wright’s 1932 autobiography: ‘No house should ever be on a hill or on anything. It should be of the hill. Belonging to it. Hill and house should live together, each the happier for the other.’ This would become the founding principle of the design.

Find Living on the Edge here.

St Hilda’s brick facade was thoughtfully designed to blend with the existing backdrop and landscape of the college whilst simultaneously establishing a new presence and identity from the street front.

We are pleased to have been included in the Brick Awards shortlist amongst so many other exciting and innovative educational spaces.